Sunday’s work party was a success.  Thanks to Rick Beale, Dan McMahon, Lou Tomko, Eric Tomko and Jon Oram for all the hard work.  The siding on the back of the club was finished.  The committee boat was taken out and both boats covered. 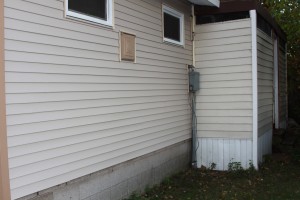 The following Saturday (Oct 10) was another work party.  The grass was cut by Rick Beale and Mike Geise.  There was an electric meter installed in the office trailer.  Thanks to Rick, Mike, Dan McMahon and Bill Kinney.

Mike Bosak and Gordon Kinney both contributed $100.00 to the club’s general fund.  Thank you both for your generosity!  It is realty appreciated.